Oliver Solberg is a Swedish rally driver. He became the 2018 RallyX Nordic Champion with 3 wins, sealing the title in the final race of the season at Tierp Arena. In 2019 Oliver got into R5 machinery, driving a VW Polo GTI R5 in the Latvian/Estonian/Baltic Rally Championship, and took to the increased power immediately - racking up 5 straight class wins on his way to the Championship title.

After making his WRC event debut at the 2019 Wales Rally GB, Oliver launched a whole WRC campaign in 2020 - driving his own VW Polo R5, and also a partial campaign with SKODA Motorsport. When the WRC restarted, he returned with a bang and scored his first WRC class win with a dominant drive to WRC3 victory at Rally Estonia. He followed it up with stellar performances in the FIA ERC, taking home the 2020 FIA ERC1 Junior Championship title!

After that Oliver signed a 2-year factory deal with Hyundai Motorsport, tackling a whole WRC2 campaign in 2021. Oliver ended the 2021 season by recording his best-ever result - 5th place at Rally Monza - on the current generation of WRC cars’ final ever event. 2022 will see Oliver join Hyundai Motorsport as the official third driver on selected events throughout the season as the sport enters a new hybrid-powered era.

🇸🇪 RallyX Nordic driver
Join Team O.Solberg
We are happy that you want to drive for a better world
FIA SDC is available in App store and Google Play. 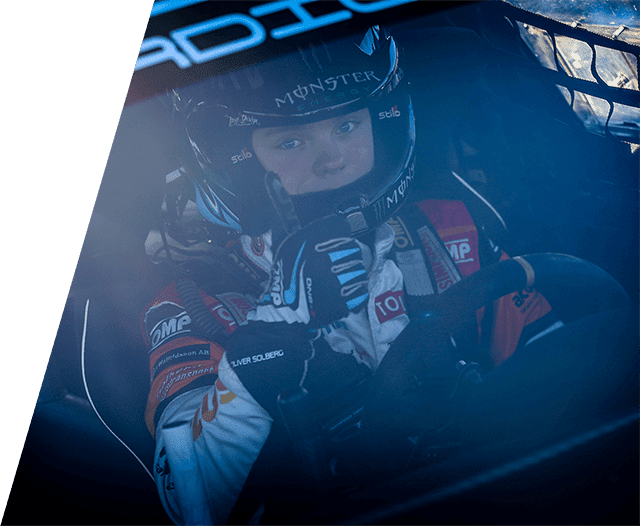 Join Team O.Solberg
Join us to drive for a better world
The FIA SDC app is available in App store and Google Play.

Discipline: World RX
Country:
Road safety is very close to my heart. The FIA Smart Driving Challenge will be such fun and smart as it sounds and it will let anyone improve their eco-friendly and safe driving.

Discipline: WRC
Country:
While this will be a great competition it’s important not to forget the important messages, this challenge carries on. We're in to strive for being safer and more complete drivers, something we all can share and inspire many more people to be.

Discipline: RallyX Nordix
Country:
Oliver Solberg is the son of Petter Solberg, and drives his father's car in the Nordic RallyX-team!
See all the teamleaders
This website stores cookies on your computer. These cookies are used to improve your website experience and provide more personalized services to you, both on this website and through other media. To find out more about the cookies we use, see our Integrity Policy.
Cookie SettingsAccept
Manage consent